Importance of Coming Together in Covid: Student Co-Op Review

My student co-op search was no simple one; I spent months patrolling the Northeastern University database looking for the perfect fit. I had hoped to work in the sports department of a large newspaper, and when it didn’t pan out, I had to pivot to other options. Eventually, I stumbled upon Lambent, a Boston-based tech startup hiring co-op students in the area of social media marketing and blogging.

That was six months ago, and I knew very little about tech startups, and even less about ‘space analytics’. Yet I was drawn to the idea that Lambent technology enables better ways for us all to be together in the spaces where we work, and study—and even how we watch pro sports.

My first blog, which was published a few weeks after I started, was a considerable accomplishment for me personally, mostly because I knew a lot of knowledgeable readers would see it.  I wrote about something I’m passionate about, trends in stadium innovation. Researching the topic allowed me to familiarize myself with Lambent pro sports partners, like the Cleveland Cavaliers and Milwaukee Bucks.

During the full-time co-op, my colleagues always made themselves available to answer questions or help me with tasks that were new to me. I was able to be part of a team that saw an 86% increase in impressions on Linkedin within eight months, a 66% increase in follower growth on Linkedin, and launched a new website and brand. It was incredibly rewarding to see our social presence and influence grow.

A particularly impactful milestone for me was the all-hands (in person!) meeting in late September. Here are a few takeaways from the three-day company-wide meeting:

I came into the co-op with limited social media experience but will leave it with a bevy of new skills on multiple social media platforms. My first week, I lacked confidence. After my first formal “corporate social share ”, my friends lifted me up by liking, commenting, and resharing it. Six months later, and without their help, I had played a major role in boosting Lambent social media presence across multiple platforms. With each passing week, I familiarized myself with the Lambent language. I wrote reports, engaged virtually with customers, helped build a social media presence, and published blogs relating to topics previously unbeknownst to me.

I am immensely grateful for the opportunity Lambent presented me. I have learned so much about the world of social media, technology, and myself over the course of these last six months. As we all return to the office – and for me, school – in different ways, I can say with confidence that I landed in the right spot, even if it’s not where I intended to. 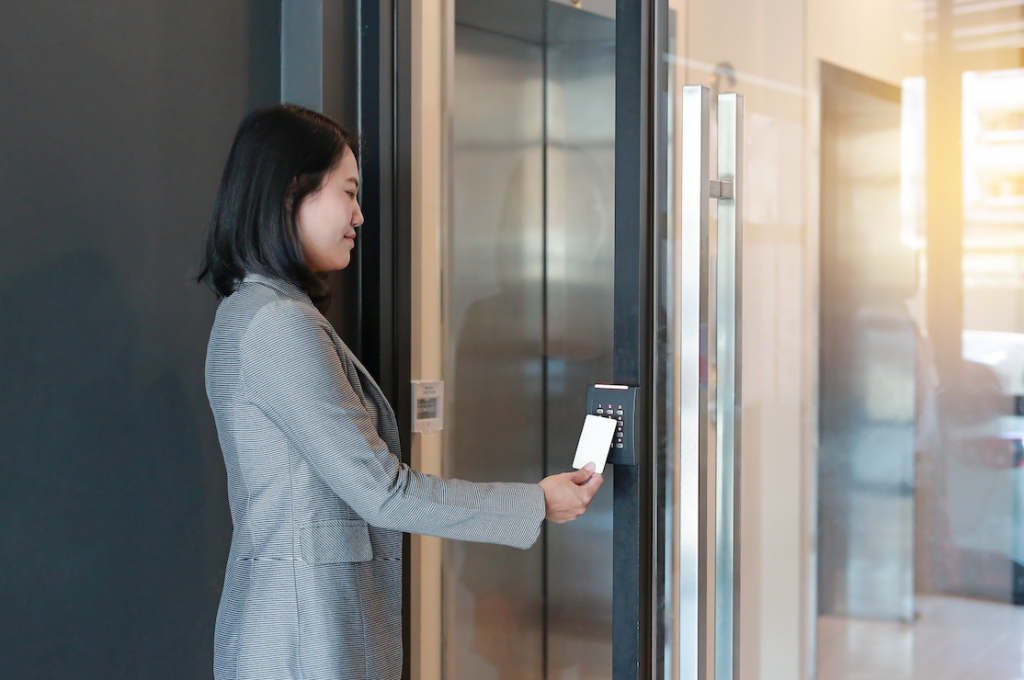 If you've ever been issued a corporate badge for building access at your college or workspace, chances are you've accidentally let someone in after you.
Read More >